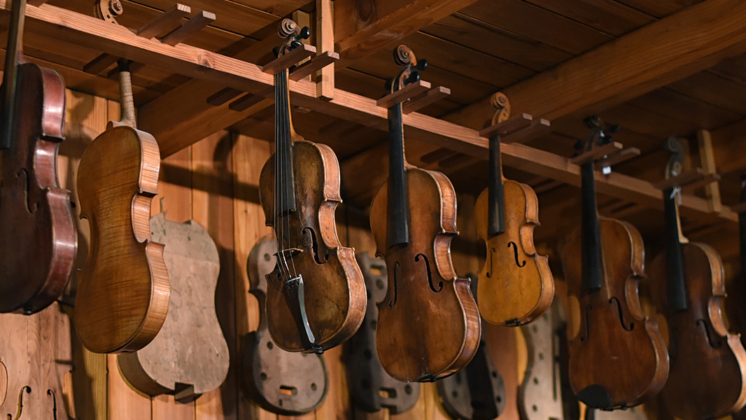 Based on the mythical 10,000 hour rule, Gene Van Alstine could definitely be considered a “master” violin builder. But that title is just a bonus. His real accomplishment was creating a wonderful gift for each of his grandchildren.

Van Alstine’s love of the instrument can be traced back to his own grandfather, Charlie Johnson.

“All evening he’d play fiddle and let me sit on his lap,” Van Alstine told KARE 11 while looking at a black and white photo of Johnson and his fiddle. “[He] was a really cool guy.”

The instrument in the photo would one day be passed down to Val Alstine. He hoped to pass it on to a grandchild of his own someday, and recreate the special bond he had with his grandfather.

The only problem? He had 10 grandchildren.

“I’ve got a lot of stuff in this world, but nothing that means more to me than that fiddle,” said Van Alstine. “Every time I pick it up, I think of my grandpa and how much he meant to me. I wanted each one of them to have the same feelings that I had.”

If you build it…

Never one to back down from a challenge, he simply decided to make a fiddle for each of his grandchildren. But this decision, in turn, led to a second problem — he didn’t know the first thing about making a violin!

Nevertheless, Val Alstine pressed on with his plan, and spent the next three years reading everything he could about lutherie — the craft of making stringed musical instruments — until he felt ready to begin his first prototype. He affectionately called it his “Menards’ fiddle,” after the home improvement store where he bought its wood for a mere $8.50.

Val Alstine never wavered, even when he twice faced a battle with bladder cancer. Instead of letting his health slow him down, he picked up the pace. The project meant the world to him and he was determined to see it through.

Gene estimates that he probably spent 1000 hours each year on the violins, and well over $2000 on the finest maple and spruce.

And finally, on Easter Sunday of this past year, Van Alstine was able to deliver all ten completed instruments to his grandkids. The grandness of this labor of love is not lost on them.

“Oh yeah, I brag to all my friends about it!” his granddaughter Erin told KARE 11. “Like, hey, my grandpa made this for me!”

Some of his grandchildren have already started taking violin lessons.

“I think we’ll a have jam session that will go on for two days,” laughs Van Alstine, “that’s what I hope for!”