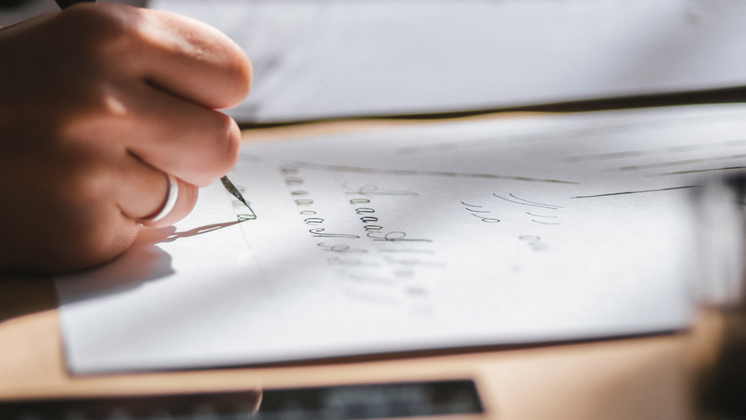 Do you remember learning cursive in school? I do. And I’m glad I had the chance to study the ancient writing style before it all but became extinct.

It seems like cursive isn’t taught in schools anymore, as it’s swiftly replaced with keyboard proficiency exercises more suited to the digital age. However, “seems” is the key word here. Rumors of cursive’s death are exaggerated: Script-style writing is indeed making a comeback.

America’s schools are once again embracing cursive writing. Last December, Ohio Governor John Kasich signed a bill that mandated cursive handwriting be taught throughout the state’s public elementary schools. And more than a dozen states, as well as New York City, have moved in the same direction, reintroducing cursive handwriting back into classrooms.

Earlier this year, that law went into effect in Ohio to fund the materials that would help students learn cursive by fifth grade. And beginning this school year, second graders in Texas had cursive in their curriculum once again, with requirements on being proficient in it by third grade.

So what’s with the resurfacing of cursive commotion? Scientifically, researchers have found that learning cursive improves dexterity, orthography and reading skills. And, according to a 2012 report, for those with developmental dysgraphia — aka motor-control difficulties in forming letters — learning cursive may help prevent the reversal and inversion of letters.

Politically, cursive is associated with “convention, tradition, conservatism,” Anne Trubek, the author of The History and Uncertain Future of Handwriting wrote for The Times. During the Cold War, cursive was politicized as a display of patriotism and, now, many right-leaning lawmakers seem to have an attachment to it.

The value of cursive

You may be glad that cursive writing is no longer on the endangered species list. However, that sentiment isn’t shared by everyone.

“I’m a millennial teacher, so [this] almost feels like a boomer effort,” a third-grade teacher at a public school in Manhattan told The New York Times. She said requiring cursive is not a good use of class time, while things like typing skills or digital literacy would be.

The debate may linger for years to come, but one thing is certain: cursive certainly isn’t equivalent to cuneiform just yet.