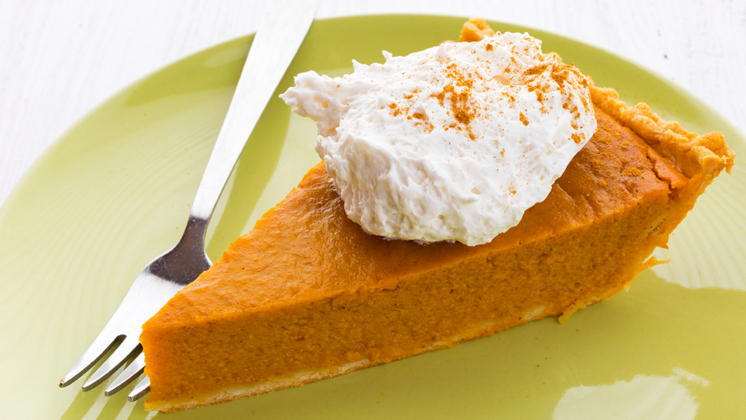 Holiday recipes are always ripe for reinvention it seems. With diners more conscious of their sugar, meat, and dairy intake, many Thanksgiving classics are being remade with organic ingredients, and less sugar, and meat is altogether disappearing from some dinner tables.

One restaurant in Chicago, though, has taken an iconic Thanksgiving dessert and created a gastronomic work of art. Meet the all new clear pumpkin pie.

Though the appearance of the pie has made a transition to transparency, the taste and texture remain the same.

Talking to Slate, Davies explained “The crust and whipped cream are both traditional: pate brisée and whipped heavy cream with a little bit of sugar and vanilla. The filling is made from a distillation of cooked pumpkin, sweetened condensed milk, cinnamon, clove, and ginger. We distilled the base in a rotary-evaporator. This process boils the liquid at a low temperature under pressure and creates a clear distillate. We have always used distillations on the menu at Alinea. In this case, we were talking about distilling pumpkin for the fall menu and this presentation came to mind. It takes something very familiar but challenges one’s perception of it.”

Clarity, purity, and beyond

In the early 1990s, a marketing fad called the Clear Craze equated clarity with purity. This began with the remake of Ivory soap and quickly moved into the food arena.

Crystal Pepsi was launched offering a clear cola that was caffeine free. Its marketing slogan was “You’ve never seen a taste like this.”

Soon the Coca-Cola company followed up with a clear version of Tab. For better or worse, the craze never really found its footing, and both drinks were pulled shortly after launch.

However, nostalgia itself can be a powerful drug, and, due in part to a Facebook campaign, Crystal Pepsi was re-released in August 2018, claiming it was the “last chance” to purchase the drink. In March 2019, the drink was re-released in Canadian stores for a limited time as well.

So if clear food and drink is your thing, and you fancy taking a stab at making this pie for your Thanksgiving feast this year, go for it — but be warned, the pie takes a total of 17 hour to complete. It also requires you to own a home distiller. If this isn’t off-putting to you then, 1) wow – you have my respect and 2) the recipe and directions can be found here.