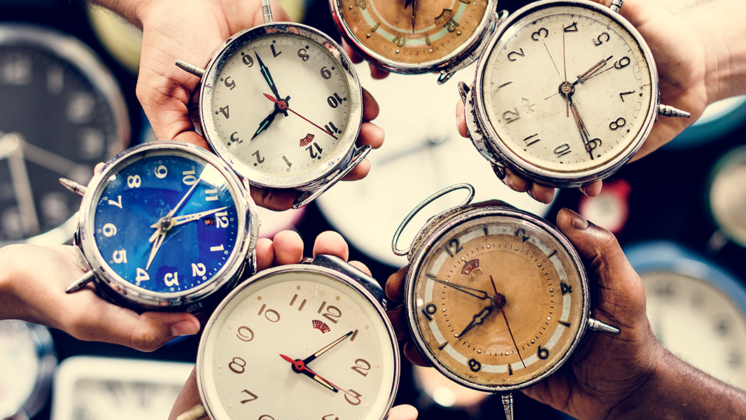 Many of us recall with longing the endless summer days of childhood, when a single happy day at the beach seemed to last forever. That’s because for many of us, time seems to speed up the longer we live. Sometimes it seems like as soon as we’ve planted the first flower bulbs in the garden, it’s time to bring out BBQ for July 4, and then we find ourselves raking the fall leaves, hanging the holiday decorations, and counting down to midnight, wondering where the year went.

Various fields of science suggest this phenomenon may be rooted in some core human perception of the world that shifts over the course of our lives, influenced by neurology, psychology, and perhaps physics as well. And yet there’s still a lot we don’t understand.

One theory is connected to the formation of memories. Our brains encode new experiences so that we learn from them. Childhood is filled with novel experiences, from first bike ride to first kiss. So, too, is young adulthood, when people take on their first solo homes and first jobs.

But new experiences often drop off for many of us as we establish our adult lives. Our jobs may require our expertise, but won’t ask us to learn new skills. We may settle long-term in a town that we know inside and out. And while raising a family is a dynamic process, it often relies on routine to keep the ship afloat.

Our perception of time is influenced by the connection between the amount of attention we give to an activity and how much we enjoy it.

Our perception of time is also influenced by the connection between the amount of attention we give to an activity and how much we enjoy it. We’ve all been there: Time flies when we’re having fun, but a late-afternoon meeting seems to last for days. Our emotional response to an event alters our perception of its duration.

Our aging brains may be a factor as well. A mechanical engineer, Adrian Bejan, recently proposed that as we get older, our brains process images at a slower rate than they did when we were young. This results in what he calls “mind time,” which is different from clock time.

“People are often amazed at how much they remember from days that seemed to last forever in their youth,” Bejan told New Atlas. “It’s not that their experiences were much deeper or more meaningful, it’s just that they were being processed in rapid fire.”

How to slow time down

Interestingly, some studies have found that the perception of passing time are actually pretty consistent across a wide range of ages. Stage of life — rather than age itself — may be the reason.

Adulthood has always come with more responsibility than childhood, and middle age can be a particularly demanding time, especially if one is sandwiched between caring for aging parents and raising children, often while working. The demands of our busy adult lives simply consume a larger portion of our days than they kid when we were younger — what scientists call time pressure.

So does our perception of time have to keep speeding up? Not necessarily. Two hundred years before Einstein proposed that the perception of time changes relative to an observer’s position, the philosopher David Hume theorized that our very concept of time is based on perceiving change. Change your perspective by learning new skills, exploring new places, and meeting new people. These novel — and enjoyable — experiences will encode your brain with new memories that may lengthen the day. A rich life slows down mind time.

As H.G. Wells said, “We must not allow the clock and the calendar to blind us to the fact that each moment of life is a miracle and mystery.”

Jen Pinkowski is a science writer based in Berlin. Her work has appeared in National Geographic, Washington Post, The New York Times, Mental Floss, Atlas Obscura and Archaeology.