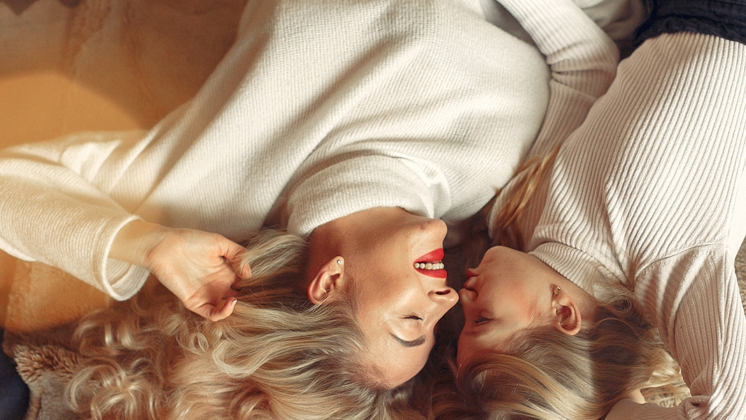 Ask parents their biggest concerns about their relationships with their adult kids, and many will tell you: not enough time together, not enough regular communication, not feeling needed or wanted unless the kids NEED something, not understanding why they aren’t closer.

Barring a child’s serious issues, like substance abuse or mental illness, parents often feel alienated or semi-estranged from the children they raised — and they don’t know why.

“It’s a silent epidemic,” says Joshua Coleman, Ph.D., psychologist and Senior Fellow at the Council on Contemporary Families and author of When Parents Hurt: Compassionate Strategies When You and Your Grown Child Don’t Get Along, “the result of several societal shifts in the past 50 years.”

Such as? Parenting styles, for one. “Families underwent a fundamental shift in the 60s, when children became the axis around which the family turned,” says Coleman. “They were raised to be individuals who questioned authority. Their relationships often revolved around what made them feel good or bad, not necessarily how to negotiate them.”

Another major shift was the rise of divorce. “Divorce earlier in the child’s life (or even recently) can be extremely detrimental to the parent/child relationship if one spouse turns the child against the other,” says Coleman, “even adult children.”

Is there a rift between you?

Societal changes notwithstanding, you, dear Mom and Dad, may be doing things that also push the kids away — not deliberately, of course, but alienating nonetheless. If you notice your adult kids acting in any of the following ways, maybe it’s time for a reality check:

Assess your role & what you can do

If any of the above sound familiar, treat them as red flags that cannot be ignored. Your goal is a better relationship and, as the parent, you’re in the driver’s seat. These are the questions to ask yourself:

1. Do you call the kids so often (or email or send texts) that you might be considered a stalker?

Maybe you call too often or you call at bad times (like when the kids are getting their kids ready for bed).

What you can do: If you want to be in touch effectively, ask your son or daughter how they most like to be contacted — phone, email or text and when’s the best time to make contact. Then respect their wishes.

2. Is your constructive feedback really criticism in disguise?

Your son knows he’s overweight and it’s unhealthy. Your daughter is aware that she’s being taken advantage of at work. All kids want their parents’ approval, no matter what their age.

What you can do: Praise generously; appreciate sincerely. Comment on what a great parent your daughter is or how proud you are of your son’s commendation at work. Keep the negative “feedback” to yourself.

3. Are you keeping score of how often they make plans with you vs. others?

Don’t go there, says Coleman. ”Some adult kids prefer being with their friends or their own spouse and kids, and it’s a matter of wiring, not bad parenting on your part.”

What you can do: Plan short specific get-togethers (Sunday bagel brunch or Friday pizza night) so they will be motivated to come.

Maybe the kids don’t share info with you because you ask too many questions or give unsolicited advice.

What you can do: If your son tells you he’s applied for a new position at a new company, don’t start digging for dirt on the benefits, hours, responsibilities, etc. Assume he will tell you if he gets it, and if you don’t hear after a month or so, simply ask if there’s any news yet. Don’t say, “Maybe you should call them to show how interested you are.”

5. Do you feel validated solely by your role as a parent?

Coleman suggests that parents whose entire being exists for their children often have unrealistic expectations of their adult children’s duty to them.

“It’s particularly difficult for parents who expect their kids to fix emotional problems from their (the parent’s) childhood, by being a shoulder to cry on, a sounding board, a confidant,” he says. Kids generally don’t want that role.

What you can do: This is when you have to heal yourself. And work on developing your identity outside the role of parent and grandparent.

Nobody likes a martyr, so if you’re always saying yes when you sometimes want to say no, think about this: It’s okay to say no to requests that you don’t want to or can’t do without great inconvenience to yourself. But you have to distinguish a real need for help and a kid who only calls when he or she wants something.

What you can do: If your child only gets in touch when he needs help, use a request as a teachable moment, by saying “I’m happy to do this (or I’m sorry I can’t right now). But I’d also love to spend fun time with you and the family because sometimes I feel like I only see you when you need something.” Coleman says it’s better to say no than feel resentful.

We are parents until the day we die. It’s our job to take the high road — even if we’re frustrated by a hypersensitive child or a drama queen — because we’re the ones who model and teach how a healthy relationship works. (Which means it’s also okay to set boundaries with difficult kids.)

None of us is perfect, but we can always check in with ourselves to ask: Is my relationship with my child as good as it can be — given any major differences we may have — and if not, what can I do to make it better?