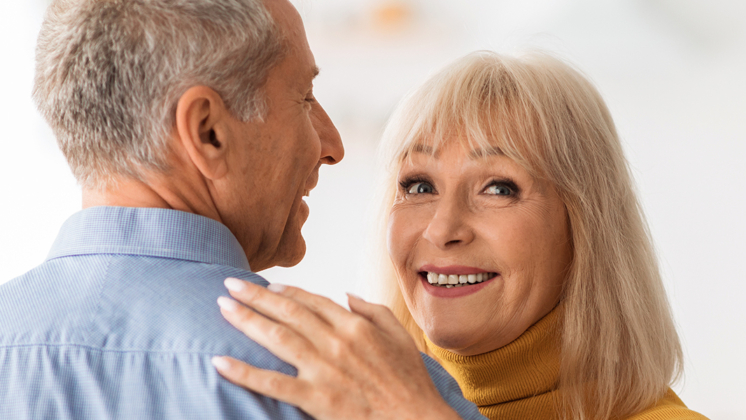 If someone asked you what causes dementia, you’ll probably name Alzheimer’s disease. But the second most common cause of dementia? If you’ve heard of it, that’s likely because of celebrities like Robin Williams, Ted Turner, or former Red Sox player Bill Buckner who were diagnosed with it. It’s Lewy body dementia. Here’s what you need to know about the condition.

1. It’s a common form of dementia

Up to 5% of elderly people develop Lewy body dementia, says Zac Yanis, Jr., a neuropsychologist at the Shepherd Center in Atlanta and an adjunct professor at Mercer University. Symptoms typically begin between age 60 and 90, and it’s 50% more common in men.

“It’s gaining more attention in the media, but it’s still not a household word,” says Angela Taylor, senior director of research and advocacy for the Lewy Body Dementia Association. “It has to be as familiar as Parkinson’s and MS.”

In some people, symptoms start with movement issues and progress to dementia. That’s called Parkinson’s disease dementia. In others, a cognitive or memory disorder comes first, and movement symptoms come into play later. That’s called dementia with Lewy bodies.

Both conditions are caused by protein deposits, called Lewy bodies, that build up in the brain. Symptoms are different depending on where in the brain the deposits build up first. By the end stages of the disease, the two conditions are indistinguishable, Taylor says.

3. It can be linked with other symptoms people think are unrelated

“Nobody’s going to say, ‘I have constipation and cognitive impairment, maybe there’s a connection.’ But in Lewy body dementia, maybe there is,” Taylor says.

People with Lewy body dementia can have vivid hallucinations, REM sleep behavior disorders, and changes in the autonomic nervous system.

People with even mild cognitive impairment may see animals, people, insects, or other objects that aren’t there. “This is a warning sign that it’s likely not Alzheimer’s, if it’s happening early,” Taylor says.

Hallucinations can lead to unsafe behavior, Yanis says. For example, people might sit outside in the heat all day because of the “strangers” in the living room. And hallucinations can be mistaken for psychosis and delay diagnosis.

REM sleep behavior disorder could start years or decades before Lewy body dementia, or could kick in around the same time that cognitive impairment begins. It’s an easy condition for a bed partner to suspect, Taylor says, because people with the disorder act out their dreams, so they might yell, kick, or thrash in their sleep.

Problems with the autonomic nervous system mean people could have trouble properly regulating their blood pressure, digestion, or body temperature. They might fall frequently, drool, become incontinent, lose their sense of smell, or see changes in their color vision, Taylor says.

4. It can be hard to diagnose

“There’s a fairly complex diagnostic criteria,” Taylor says. It’s especially tricky because cognition can fluctuate hour to hour or day to day, so doctors may not observe a problem during a short clinical visit. It’s crucial for someone who knows a person who might have Lewy body dementia to share their observations with the doctor.

She recommends seeing a neurologist if you suspect Lewy body dementia in yourself or a loved one. Ideally, you want to see a specialist in a clinic that focuses on cognitive disorders.

Yanis says diagnosis can include:

5. It can be treated, but not cured

Lewy body disease can’t be stopped, but treatment can help people maintain a good quality of life. Medications that treat Alzheimer’s or psychiatric conditions can help.

Lewy body dementia experts rely on a small group of medications that are less likely to cause side effects, Taylor says. “A lot of people are diagnosed by a neurologist and managed by a primary care physician, and they really need to be managed by a specialist,” Taylor says.