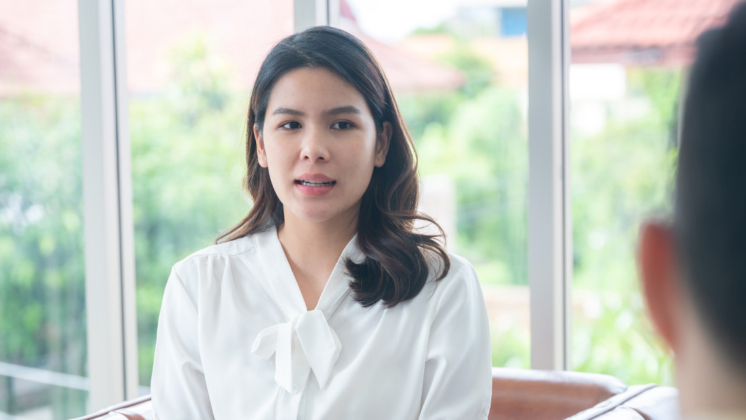 You probably aren’t shy about seeing a doctor. But there’s a good chance you’re not always revealing what’s really on your mind, especially if it involves private parts or bodily functions.

“The more sensitive the issue, the more reluctance there is,” says Barbara Messinger-Rapport, M.D., the director of the Center for Geriatric Medicine at the Cleveland Clinic. Even when the issue isn’t particularly embarrassing, people may be afraid to hear the answer, she adds.

In an ideal world, the doctor would ask questions to uncover vital information. But when the average appointment lasts 20 minutes, this may not happen. Dr. Messinger-Rapport’s advice: Bring up your concerns in a matter-of-fact way. Your doctor won’t judge you, or even be surprised. In the meantime, get some answers here.

1. “I can’t sit through a movie without going to the bathroom.”

As you age, bladder muscles weaken, along with their holding power. That leads to urge incontinence — the uncontrollable need to pee (and the fear that you won’t reach the bathroom in time). If it makes you self-conscious, you’re not alone. One survey found that nearly half of all women 45 to 64 would rather get information online than talk to a practitioner about bladder control.

What to do: Besides Kegel exercises, which strengthen pelvic muscles, try Pilates, which boost your pelvic floor muscles as well as your core, advises Dr. Messinger-Rapport. You can also avoid beverages that irritate the bladder like coffee, soda, and OJ, as well as citrus fruits and highly acidic foods, like tomatoes. And limit alcohol. If your need to pee is interfering with sleep, don’t drink anything after dinner.

2. “Why are my hemorrhoids getting worse?”

About half of those over 50 suffer from hemorrhoid symptoms, including bleeding or pain and itchiness around the anus, according to Harvard Women’s Health Watch. Constipation and straining can make the cluster-like veins in the rectum swell and protrude, and older adults are more likely to be constipated for a variety of reasons, says Dr. Messinger-Rapport. Medications, like blood pressure meds, can slow down your digestion. So can a lack of fluids, exercise, and fiber in your diet, including too few fresh fruits and vegetables.

What to do: Topical creams can minimize the swelling and itchiness, as can sitz baths in warm water, says Roshini Rajapaksa, M.D., a gastroenterologist and co-author of What the Yuck?! The Freaky and Fabulous Truth About Your Body. To combat constipation, eat plenty of fiber (beans, brown rice), exercise, and up your fluid intake (even if it makes you pee more). If that doesn’t work, you can ask your doctor about surgical removal.

You might have too much earwax. Ideally, earwax moves through the ear canal by itself, but as we age, it becomes drier and harder to drain, muffling your hearing. Clean out your ears with a little baby oil or hydrogen peroxide, or have your doctor do it for you. If that’s not the reason, then you might be losing your hearing.

What to do: While you can’t reverse hearing loss, you can minimize the damage by protecting your ears with earplugs or headphones when you do something particularly noisy, like mowing the lawn or using a snow blower, suggests Dr. Messinger-Rapport. To improve your ability to hear conversations, sit by the wall in a loud restaurant so there’s no sound coming from behind you and ask family members to refrain from multitasking — fiddling with dishes or running the vacuum — and look at you when they speak.

4. “I’m not that interested in sex anymore — and it doesn’t even feel good.”

“When we were young, hormones jump-started sex. You didn’t have to think twice. As you get older, your brain becomes your biggest sex organ,” says Dorree Lynn, Ph.D., a psychologist and author of Sex for Grownups: Dr. Dorree Reveals the Truths, Lies, and Must-Tries for Great Sex after 50. To get your brain in the mood, stop judging your sexual performance and take your time. “Sex isn’t target practice. And one of the privileges and joys of being older is that you have the opportunity for an intimate touching experience,” says Lynn.

What to do: Experiment: Use pillows or adjust the height of the bed. Try various positions to find one that feels good for you. (Lynn recommends spooning.) If your vagina’s too dry, which frequently happens after menopause, try natural lubrication like olive oil. Or, talk to the doctor about estrogen creams or testosterone patches. Just be an informed consumer, and know the pros and cons of using hormones.

5. “I’m forgetting everything. Am I getting Alzheimer’s?”

Forty-four percent of Americans now fear Alzheimer’s more than any other disease, a survey by the Marist Institute found. And no wonder — according to the Alzheimer’s Association, one in eight older Americans has the disease.

Surprisingly, menopause may be related, especially in the early stages. A study published in the journal Menopause found that a woman’s ability to focus and retain new information diminished during this stage — though it may just be temporary.

What to do: If you’re truly concerned, talk to your doctor about visiting a geriatrician or a neurologist who specializes in memory disorders, suggests Dr. Messinger-Rapport. “It’s better to schedule a separate visit just for memory rather than throwing in memory with back pain and other concerns,” she adds. Bring your medications in their original packaging and another person who can verify your concerns. You can also discuss taking the AD8, a dementia screening test in which you answer “yes,” “no,” or “maybe” to questions involving judgment, dates, and other tasks involving memory and cognitive function.

The anal sphincter, which helps us control the passage of gas, can weaken with time, says Dr. Rajapaksa, who’s also an assistant professor at the NYU School of Medicine. “Whenever someone complains to me about gassiness I always ask about diet first. Are you eating more of the notoriously gassy foods like broccoli, cauliflower, beans, or cabbage? Are you chewing gum, using straws, or drinking carbonated beverages? All of these can lead to excess gas. Lactose intolerance can occur at any age, so cutting out all dairy products for five days is a good way to see if this is also an issue.”

What to do: Talk to your doctor about exercises to strengthen your sphincter. They’re like Kegels — you squeeze, hold, and release the muscles around your anus. If you’re adding fiber to your diet to combat constipation, go slowly. Add a few servings per week (whole-wheat toast at breakfast, broccoli at dinner) to avoid straining your digestive system. And limit other gas-producers (like soda or seltzer) until your system adjusts.

Thanks to a drop in estrogen, your vagina can atrophy and secrete less lubrication, says Dr. Rajapaksa. “Vaginal dryness can cause itching and sometimes pain.” A dry vagina also makes you more susceptible to vaginitis, yeast infections, bacterial vaginosis, and other STDs.

Gynecomastia is the technical term for “moobs,” or bigger breasts in men. Due to a decline in testosterone, one in four men between 50 and 80 has the condition, especially if they’re overweight. Certain meds — like Valium, prostate cancer drugs, and heart medications — can boost breast development. So can marijuana.

What to do: If your meds are the reason behind your larger boobs, talk to your doctor about making a switch. Certain hormones can also reverse the condition, says Dr. Rajapaksa, as can liposuction or even a mastectomy in extreme cases.